Since 2015, MOTION has provided transformative physical, occupational and speech therapy services to clients of all ages. The industry leader’s wide network of clinics in New York, Maryland, Massachusetts and Connecticut ensures that a MOTION specialist is never too far away. A part of Mt. Sinai’s Trusted Rehab Network, MOTION is currently working with the healthcare innovator on its Post-Acute COVID Recovery project to improve quality of life for affected patients. 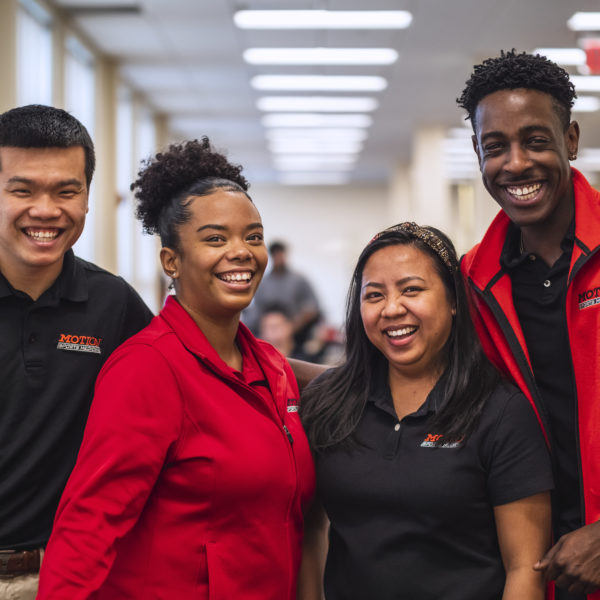 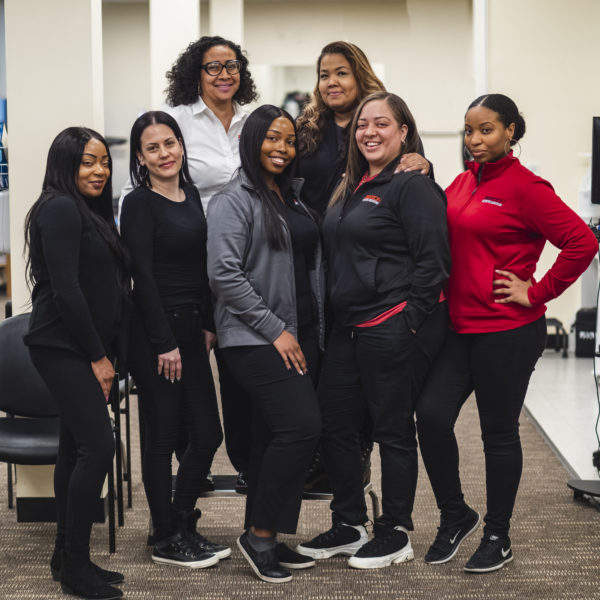 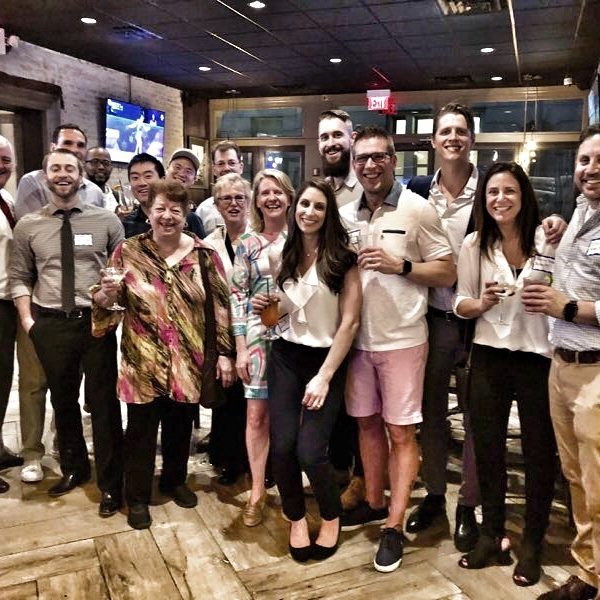 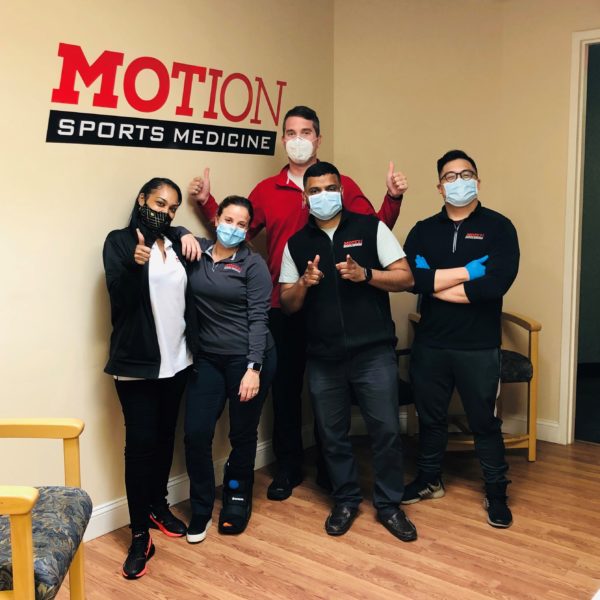 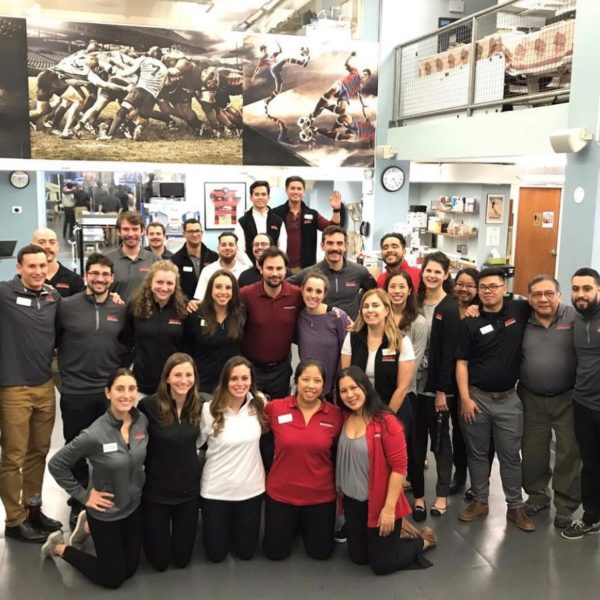 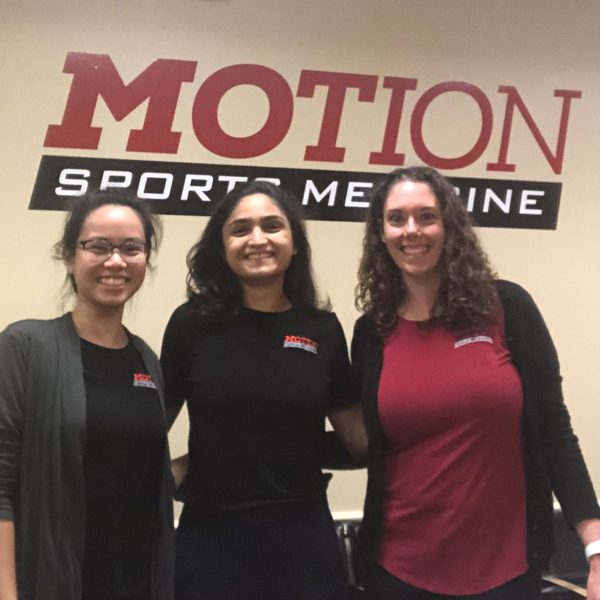 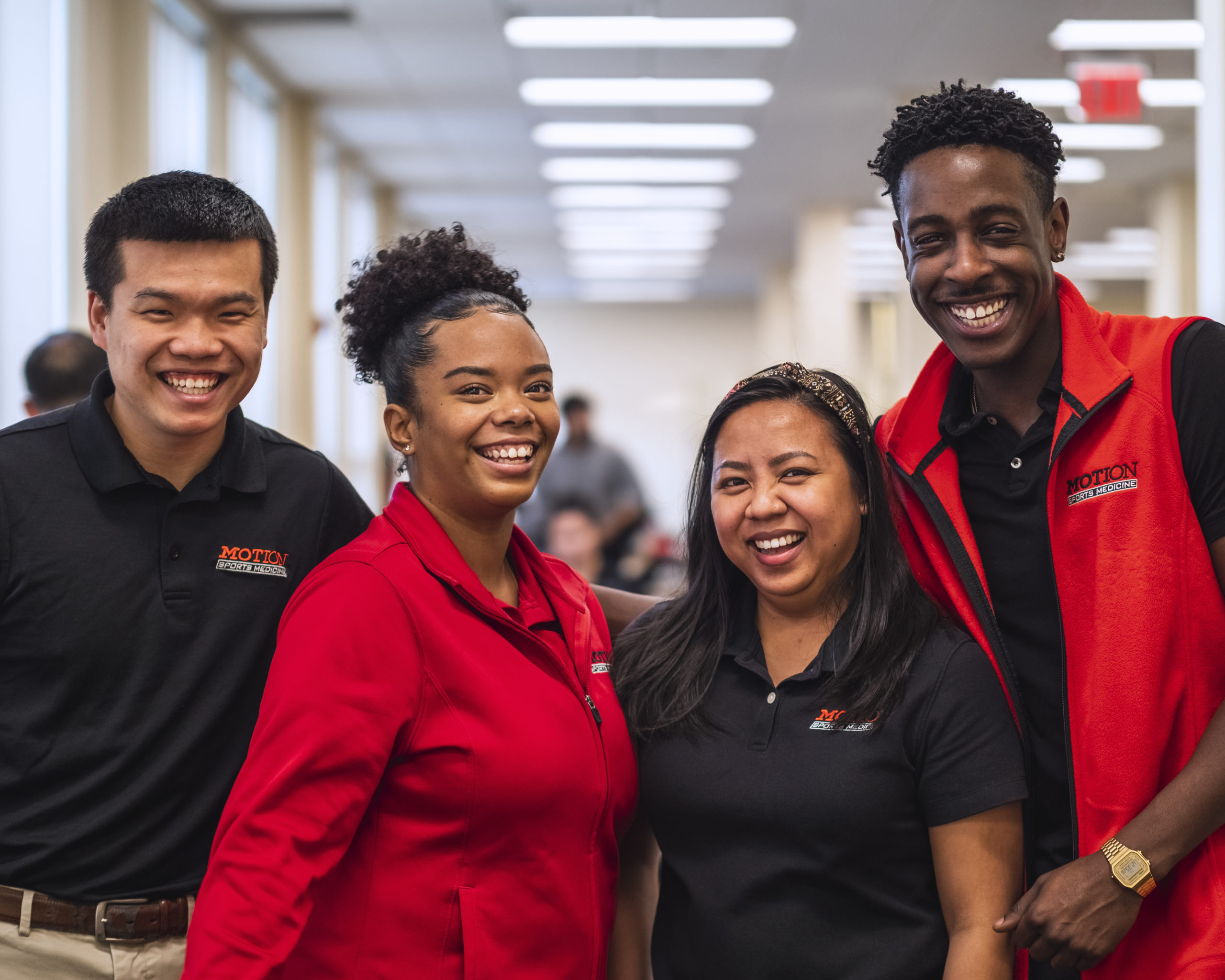 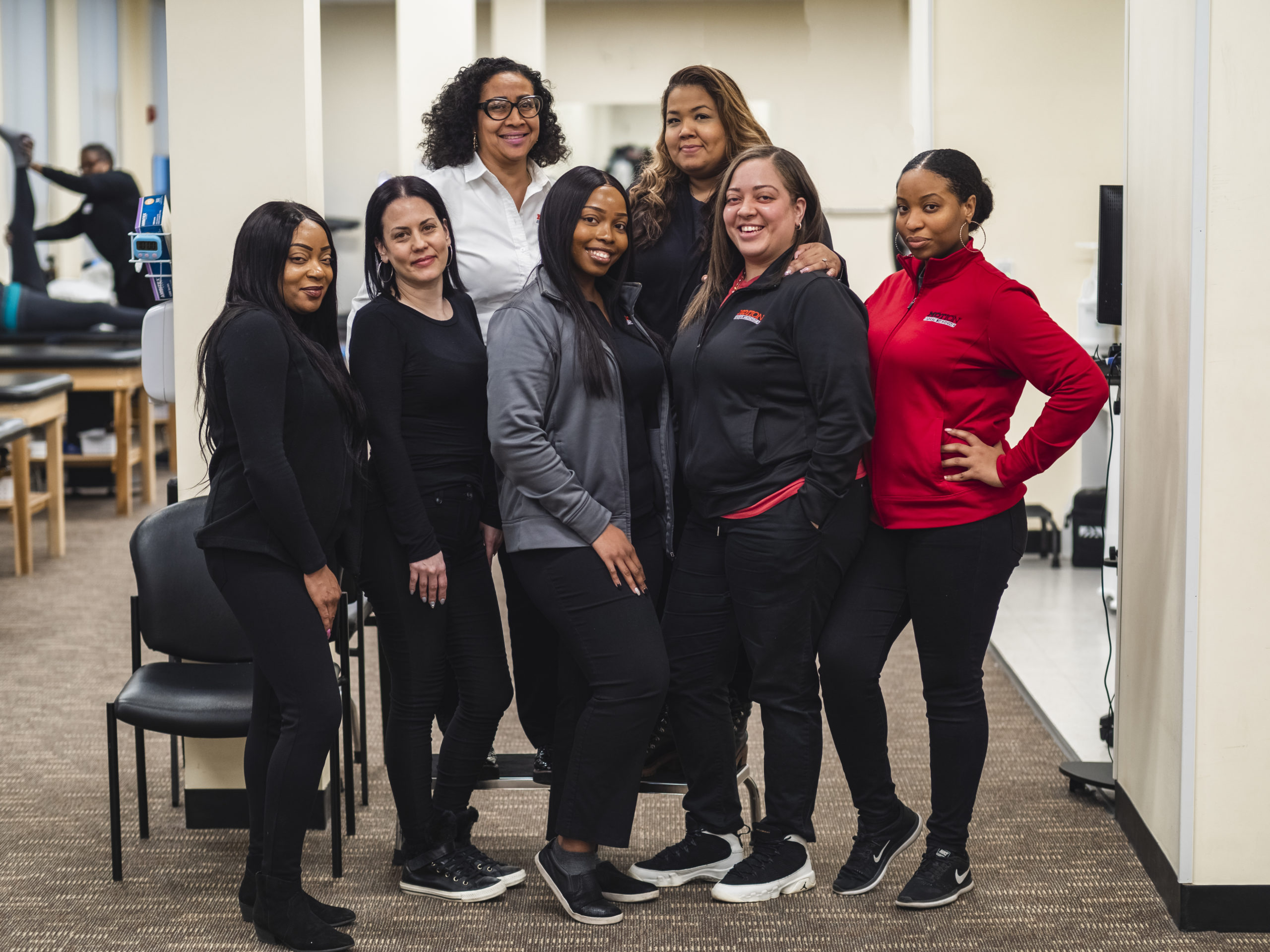 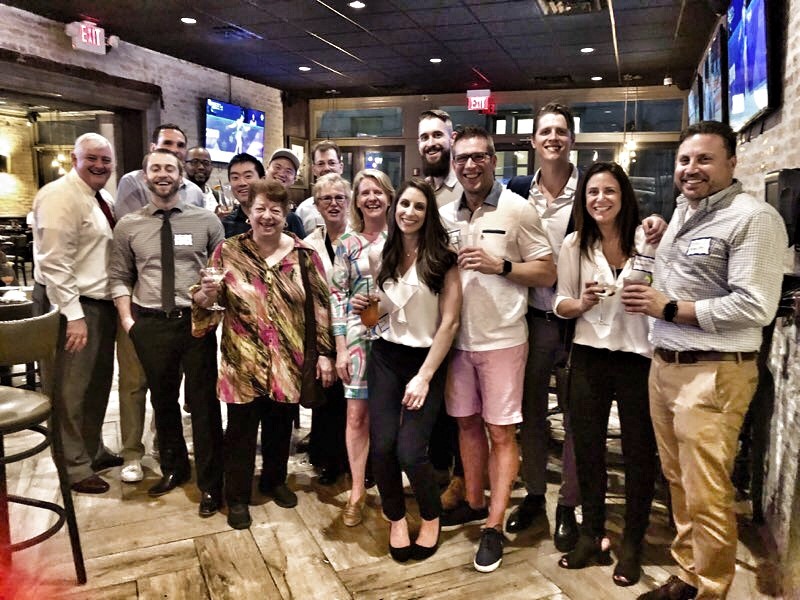 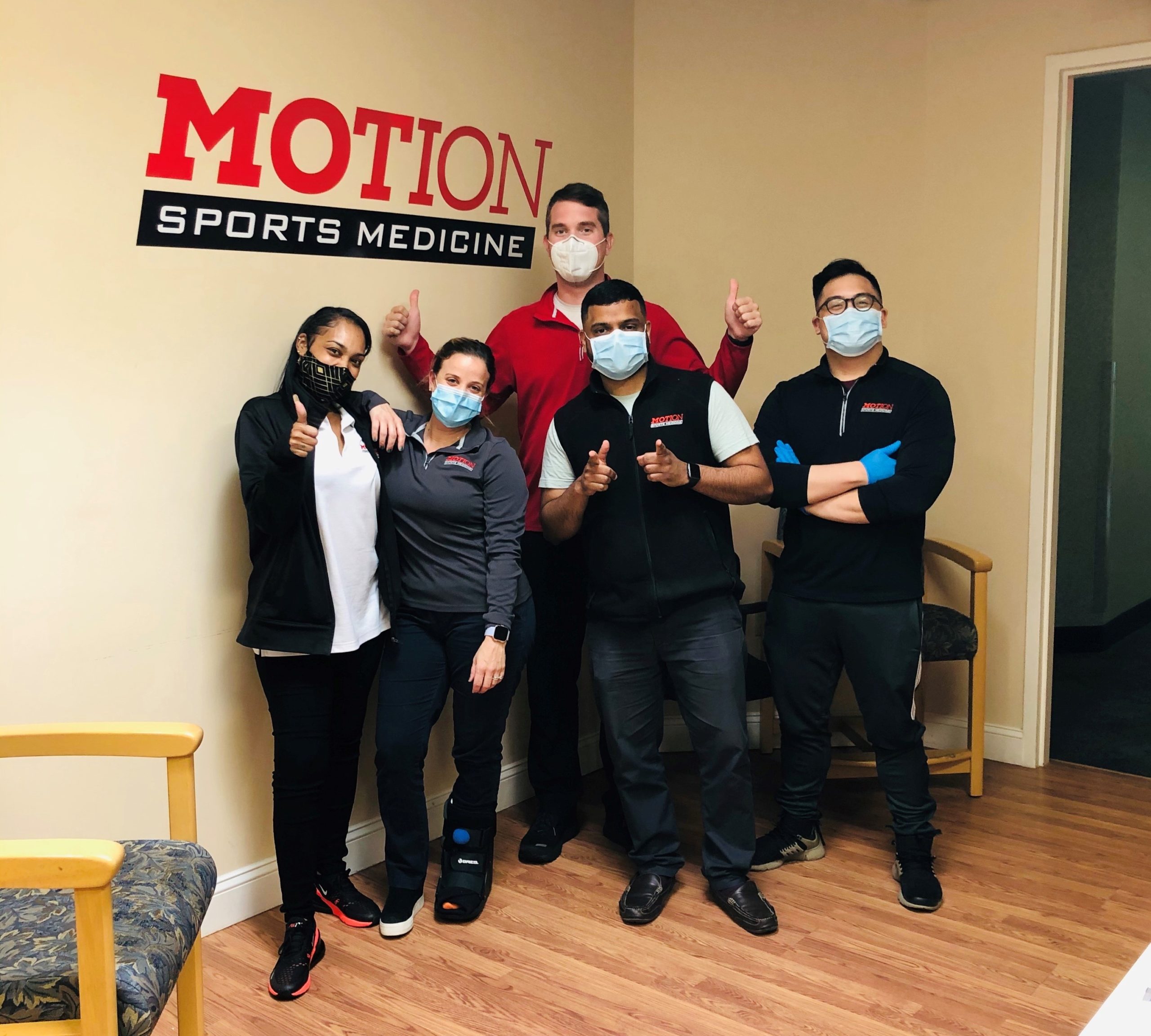 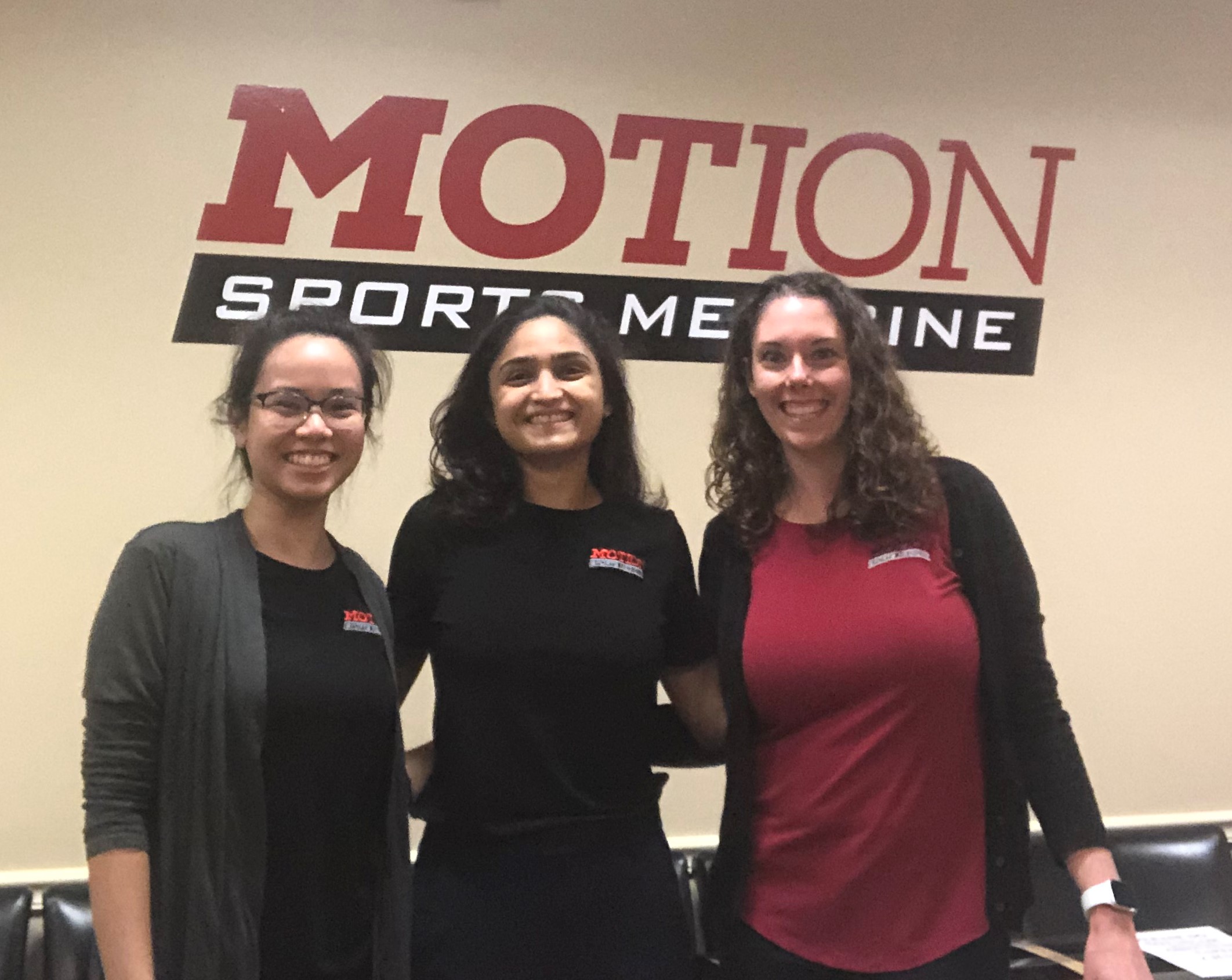 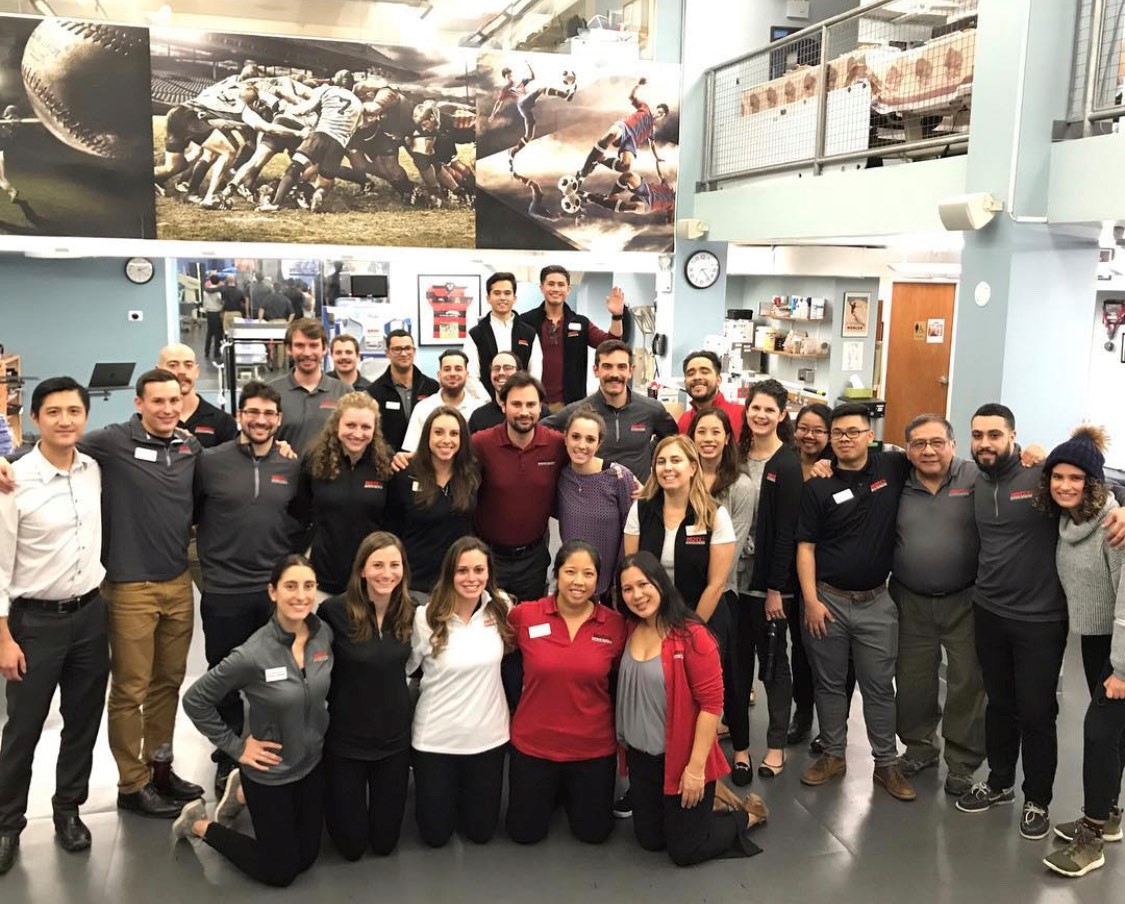 MOTION is a diverse team of highly trained, health-minded therapists focused on helping you reach your full potential. If you’re dealing with a sports injury, recovering from a surgery, or dealing with another issue that’s holding you back, we’ve got you covered.

These four values guide everything we do:

See how our team embraces these values.

Our values-driven approach to care ensures that we provide the best patient experience possible. As we work together to get you back on your feet, your well-being and comfort are our top priorities. You can expect to be treated with compassion, understanding, and respect at all times.

We know that each patient’s needs are unique – there’s no one-size-fits-all solution for everyone. That’s why 40-minutes of 1:1 care is the hallmark of the MOTION experience. Longer than a typical session, these appointments give our therapists more one-on-one time to deliver unparalleled care and get you back on your feet. We’re at your side every step of the way.

Who We Work With

We work with some of the top health systems in the country, including Mount Sinai and Hospital for Special Surgery (HSS). You can rest easy knowing that your care is backed by some of the most trusted names in the industry.

MOTION is the official therapy partner for Rugby United New York, the state’s first and only Major League Rugby team.

With clinics across four states, MOTION providers are never too far away. No matter the location, you can expect our highly trained staff to provide consistent care and deliver noticeable results. We’re always growing, so check back regularly to see where we’re popping up.

Ready to take the next step? Click the appropriate link below:

Theresa joined MOTION PT Group as Chief Operating Officer following the company’s inception in 2015. Since that time, Theresa has guided this private equity-backed team through strategic development and exponential growth, stewarding the company from 9 locations in 1 state to 100+ owned, managed, or under LOI in 9 states within the first three years. Regarded as a creative, process-driven, solutions-oriented executive, Theresa has vast experience, including ventures with hospitals and health systems and critical oversight on award-winning marketing campaigns, human resources, and finance.

Prior to joining MOTION PT Group as COO, Theresa was the Chief Marketing Officer and Director of Finance for Sports Therapy And Rehabilitation (STAR) Physical & Occupational Therapy in New York City. Since its inception in 1999, Theresa helped drive STAR to become one of the largest, privately-held clinics in NYC by developing and implementing strong acquisition and retention marketing strategies and overseeing all financial aspects of the business. Theresa was previously a Vice President, Account Supervisor at BBDO Worldwide in their New York headquarters, where she spent close to a decade and traveled extensively. Her major clients included FedEx (domestic and international), Tambrands, CPC International, HBO, Visa, Unilever, and Gillette.

Theresa has volunteered in numerous senior positions, including serving three years on the Board of Directors of JDRF’s Fairfield County Chapter, receiving recognition from the national organization for her role as FCC Government Relations Advocacy Team Chair. She serves on the Parent’s Council of Miami University in Oxford, OH, and is an active Board Member of the Sea Beach Association, Inc. in Stamford, CT, where she served as President for twelve years. Theresa holds a BA in Economics from Fairfield University, including matriculation for one semester at Richmond University in London, England.

Mike is a founding member of MOTION PT Group where he serves as Chief Clinical Officer. He is a Board Certified Sports Clinical Specialist, a member of the Mt. Sinai Trusted Rehab Network Advisory Board, and a Hospital for Special Surgery Credentialed Advanced Hip Clinician. Mike helped form MOTION PT Group in 2015, having co-founded STAR (Sports Therapy And Rehabilitation) Physical & Occupational Therapy in 1999.

Ben’s most recent position was as Regional Human Resource Director with C&S Wholesale Grocers, the largest wholesale grocery supply company in the U.S., where he implemented organization-wide strategies in the areas of culture, employee experience and leadership development across twenty distribution centers in the northeast and mid-atlantic. Ben has a Master’s degree in HR Management from New School University and an undergraduate degree from Montclair State University.

In addition to his HR expertise, Ben has extensive global experience, spending significant time throughout his career in South America, Europe, Asia and the Middle East. This mix of skills, knowledge, and experience help Ben to serve as a leader and motivator to our employee body.